What Employers Need to Know About Non-Compete Agreements

By The Armstrong Law Firm, P.A. In Business Disputes 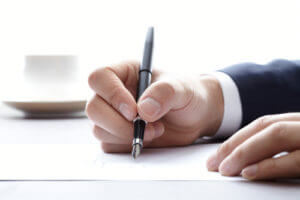 The following considers these two concerns, as well as the benefits of working with an experienced attorney to ensure your company’s non-compete agreements can achieve your goals.

What Is an Employment Non-Compete Agreement?

Typically, non-compete agreements set a six-month to two-year timeline (from the date that the employment contract is terminated) prohibiting competition, although this can vary based on the specific contract. These types of contracts are beneficial to employers because they legally forbid an employee from sharing trade secrets, business strategies, etc. with another company.

There are certain criteria that must be met in order for a non-compete agreement to be valid. Unfortunately, many employers do not realize this and fail to seek legal counsel, instead making the following mistakes:

Too often, companies – especially small businesses without legal representation – make preventable mistakes when drafting employee non-compete agreements. At The Armstrong Law Firm, P.A., our business attorneys are ready to draft or review all of your employee agreements. Contact us today to find out how we can help.