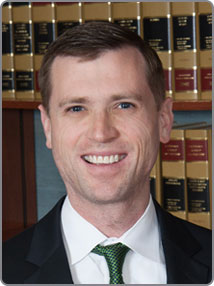 Lamar focuses on business disputes and the lawsuits necessary to resolve them. Prior to law school, Lamar graduated from of one of the highest ranked business schools in the country. His education helps Lamar deal effectively with business structures, finance, operation, management, and other concepts. With Lamar, you get a skilled litigator with credentials of a business executive.

Raised in Smithfield, Lamar’s passion is to serve the good people of Eastern North Carolina. He’s committed to being “Strong for You” as he helps you obtain the compensation or relief you deserve. Whether you have been wronged through a car wreck, an insurance company’s refusal to pay, an unfair business act or practice, refusal to pay a debt, property disputes, or in other ways, Lamar draws on his stellar education, practical experience dealing with insurance companies, youthful energy and passion, and all the tools available through The Armstrong Law Firm, P.A., to aggressively make “right” the “wrongs” unfairly imposed on you.

Lamar also serves as a director and officer of the Triangle East Chamber of Commerce.

Lamar was named a Best Lawyers “One to Watch” based on ratings by his peers in the legal community.