Alienation of Affections and Criminal Conversation

By The Armstrong Law Firm, P.A. In Family Law, Legal-Ease 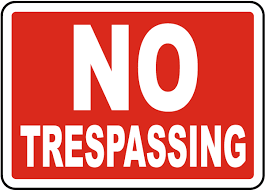 Someone isn’t “free” or “available” if he or she is still married, is not physically separated, and is living with his or her spouse.  If not yet “free”, there is a legal sign flashing over his or her head – “off limits, no trespassing”!!  Treating someone as “free” when he or she is not can be a painful and expensive experience in N.C.

Under North Carolina (N.C.) law, you must physically separate with the intent to live separate and apart before you substitute lovers.  Although a written separation agreement is always best, it isn’t required to have the freedom to pursue other intimate relationships.  Physical separation is the bright line event that sets a spouse “free”.  Sex before physical separation is “criminal conversation”, which is a strange way to say “adultery”.  It indeed is still a crime in N.C., although never prosecuted.  “Sex” means sexual intercourse.  All other intimacy may support an alienation claim but it isn’t criminal conversation.  Neither is sex in any place other than in N.C.  That would support alienation, but the sex must happen in N.C. to be criminal conversation for a claim pursued in N.C.  If the couple is not married, then these claims do not apply.  If lawfully married, presumably even same-sex marriages, then these claims would apply to residents of N.C.

Alienation of affections is exactly what it sounds like.  “Affection” is the spousal relationship and everything that is involved in it.  A marriage need not be perfect.  It must have genuine love and affection which, but for the alienation, would have continued.  Alienation is redirecting that genuine love and affection from the spouse to the intruding third party.  Interestingly, it does not require proof of sex.  It could be a gym/workout friendship that develops a bond strong enough to alienate the love and affection away from the spouse.  It does require that the intruding party know that the person with whom they are developing affection is married.

Here’s a quick hypothetical to illustrate.  Joe goes to a business convention in Las Vegas.  He meets Mary who’s also at the same convention.  She isn’t wearing a wedding ring.  Mary tells Joe she isn’t married.  They have sex.  Joe calls Mary the week after they leave the convention.  Mary says, “Joe, I’m sorry, but I lied to you.  I’m married to Bill and can’t see you again”.  Joe continues to call and text Mary, eventually convincing her to go to the next business convention in Charlotte.  They resume their intimacy.  Joe continues to call and text Mary.  Over the next two years, they meet and are intimate at business conventions throughout the Southeast, including Raleigh and Greensboro.  After two years, Bill discovers texts on Mary’s phone, confronts her, and she admits to the affair.  They physically separate.  Mary continues her relationship with Joe both in North Carolina and at other locations outside of North Carolina.

Bill can sue Joe in North Carolina for alienation of affections and criminal conversation.  But what if Joe had not followed up after his liaison in Vegas?  Because the Vegas sex was not in N.C., it would not be a criminal conversation claim recognized by N.C. courts.  Also, Joe did not know Mary was married to Bill, so Joe did not maliciously intrude on the marriage.  No case.

But Joe did not stop after his Vegas fling with Mary.  He pursued Mary knowing she was married.  It would be a question for a jury as to whether Joe’s conduct alienated Mary’s love and affection from Bill to Joe.  Any sex at conventions or elsewhere in N.C. (for three years prior to bringing the lawsuit, but before Mary’s physical separation from Bill) would be criminal conversation.

A jury could award compensatory damages to Bill in his lawsuit against Joe.  The jury would have the difficult task of determining what humiliation, emotional and mental distress, economic loss, or other damages Bill suffered in the destruction of his marriage.  Where there is divorce, this often means that what the couple owned must be split up and, for most, results in a lower standard of living due to division of assets and loss of the incomes previously shared.  This is damage.  Compensatory damages for criminal conversation is similar, but is hard to mentally grasp.  A jury can measure the damages it wants to award for each act of criminal conversation sex, which you generally cannot prove with any precision.  The theory is that it involves inherent humiliation and emotional distress.  The value of the intruding sex isn’t measured by what it would cost for similar sex from a Vegas professional, so it is one of those impossible to measure calculations that juries are asked to measure – and they do.  A jury can also assess punitive damages to punish and teach the intruder and others like him or her a lesson.  Send a message.

One slight twist to the hypothetical.  Suppose Mary and Bill do not separate or divorce after discovery of her affair.  Bill forgives Mary and endures the humiliation and emotional distress.  Can Bill still sue Joe?  Absolutely.  Alienation of affections and criminal conversation do not require that the marital relationship be destroyed or that the marriage dissolve in divorce.  The claims require only that there be some damage to the genuine love and affection that did exist prior to the intrusion, even if ultimately forgiven by the spouse suing.  A jury would still measure Bill’s loss due to Joe’s sex with Mary in N.C. and the partial loss or destruction of the marital relationship, including whether that would be a permanent disability on the marriage in the future.

What about Mary?  Wasn’t she just as responsible as Joe?  Not for the purpose of these claims, if Joe was the “pursuer”.  Mary’s conduct may provide some claims or defenses for Bill in his divorce case with Mary, but Mary’s conduct isn’t a defense for Joe and Mary isn’t a party to Bill’s claims against Joe.  The focus of these claims is on the intruder’s intentional conduct and damage it caused to the marriage.

In this hypothetical, Bill confronted Mary, she admitted to the affair, she left the marriage, and she continued her relationship with Joe.  But what if there isn’t this much direct evidence about what happened.  We live in a world of computers, smart and cell phones, and other electronic devices.  Digital fingerprints are everywhere.  Cell phone records.  Texts.  Hotel records.  Credit cards.  And more.  It is common for parties to employ digital forensic experts to locate and examine digital data.  Most people using these devices think “delete” means the data is gone, but not necessarily.  Once data is deleted on electronic devices, those “0’s and 1’s” are still there constituting the words they did before, but the device just shows that space as “available”.  Unless and until this data is overwritten as the device’s data storage allocation requires, it is 100% recoverable.  Again borrowing from Simon’s song quote above, “you don’t need to be coy, Roy”.  Cheaters often think they are smart or coy enough to insulate their activities.  Most of the time, they are wrong.

How can you determine the “value” of these claims?  There is no formula.  As noted above, it is a difficult assessment for a jury.  You may learn of large verdicts in the press.  Most of these are cases where the defendant alienator and intruder either didn’t appear and a judge made a ruling without the case being fully contested, or the defendant appears as his or her own attorney.  When defendant intruders are well represented, the factors that weight heavily the wealth of the intruder, whether the injured spouse of a lower socio-economic status than the intruder (ie, is the “stolen” spouse moving from the small house to the big house), how vigorously the intruder pursued and thus intruded, and whether the intruder was rude and crude (like calling the marital home or driving up and blowing the horn, essentially evincing a disregard for the injured spouse’s sensibilities).  Some types of cases are easier to value, which means have a reasonable estimate of what a jury may award.  These cases involving alienation of affections and criminal conversation are very difficult to evaluate and estimate.

There has always been (and continues to be) a huge debate about N.C. law allowing these claims of criminal conversation and alienation of affection.  Many believe they are archaic claims left over from olden times when women were chattel owned by their husbands.  You couldn’t steal a man’s horse or his wife.  This camp believes these claims are outdated, serve no useful purpose, and are often misused as leverage in related divorce cases.  They say, “you cannot intrude on or destroy good marriages.  If marriages fail, just move on”.

The other camp believes you can and should support the institution of marriage and individual marriages by sending a strong message – hands off until there is a clear physical separation which announces to the world that the once couple are now free traders of their intimate affections.  It’s an easy rule, they say, to protect marriages which are not easy even in the best of circumstances.  In fact, this camp believes that brittle marriages with difficulties are those most in need of protection.  While couples in distress try to work through problems and avoid separation and divorce, let them run their course before laying hands on the relationship.

N.C. is one of only five or so states which still have these claims.  There have been constitutional challenges against these laws in N.C.  Believe it or not, the argument was that the laws addressing sex and intimate relationships with married individuals violated constitutional rights to free speech and association.  Recently, our courts have rejected these challenges and upheld these claims.  It is now clear that our courts are not going to judicially eliminate these claims; rather, they defer to our legislature to eliminate the claims.  That ain’t happening any time soon.  Unless or until that happens, North Carolinians must heed the flashing sign above married couples living together — “off limits, no trespassing”.