By The Armstrong Law Firm, P.A. In Firm News, Lawsuits Waiting to Happen 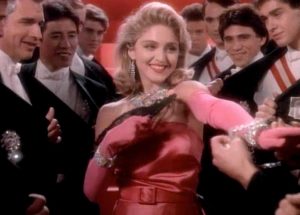 THAT’S A LAWSUIT WAITIN’ TO HAPPEN!

Dear Humans,
We sometimes see our fellow humans doing some – shall we say – head-scratching things.  Sometimes worthy of a “Darwin Award”.  Other times simply worthy of the observation “that’s a lawsuit waitin’ to happen!”. Enter this column. The idea is simple:  capture and share with others “lawsuits waiting to happen”.  With the end goal of laughing at them – not with them.  If you think that’s harsh, no worries – you can skip to the serious parts of this newsletter. For the remaining folks with senses of humor…. If you happen across a “lawsuit waiting to happen”, please please share it with us at Lamar3@armstronglawyers.com.  With video or picture if you have either.  If we think its funny enough (no, this is not a democracy), we’ll include it in a future edition of this column.  You’ll get the credit and become famous. Without further ado, introducing the newest lawsuit waiting to happen:

A man in Florida has sued Madonna for breach of contract for moving her concert’s starting time from 8:30 to 10:30.

Bless this old soul’s heart.  I feel his pain.  Sacrifice much needed sleep for the “Queen of Pop”?  No thanks.  Much better things to sacrifice sleep for in Miami.

But has Madonna breached a contract?  Well, the first question is whether a contract exists.  Contracts aren’t just stuffy old documents with dusty legalese on papyrus scrolls.  They can be as simple as something scribbled on a napkin.  Or just a verbal handshake – no writing required.  A contract is an agreement to essential (or “material” – one of those arcane legaleses) terms, and exchange of value (a/k/a “consideration” – another arcane…ok, you get it).

In your everyday lives, you enter into contracts without even knowing it.  When you stack your groceries on the checkout counter, you’re essentially making an offer to form a contract.  The store accepts your offer and forms a contract by ringing up the items at the listed prices.

So we probably have a contract here – Madonna agrees to provide her “services” in exchange for $1,000 (query exactly what services for that kind of coin).

The next question is whether Madonna breached her contract.  A “breach” only occurs if the violation is “material”.  After all, Madonna is a Material Girl.  But in this case, Madonna is probably not that material for once.  If anything, she’s moving back the start time to accommodate her fans (besides this old soul).  Also, the ticket itself may have contract terms and probably limits any damage to the price of the ticket.  So, if the customer went to the concert, albeit late, she’s waived any complaint.  The ticket probably also has disclaimer language about start time, delays, and such.

So no breach of contract.  They’ll probably just refund his ticket.  But if I were on Madonna’s legal team, I’d push for a hardcore defense that this man was dumb enough to pay $1,000 (or, lets be honest, anything) for a Madonna concert and deserves what he gets.

If you think that’s too mean, no worries….I’ve already “blessed his heart”.  If the Judge is any self-respecting southerner, he will understand.